Irrational Games: Room is a conceptual game art exhibition that invites the viewer to play with the mundane, and consider everyday forms as a game.
How can games and play be reframed to detach from the ways they are typically discussed and thought? This was part of my thinking in the making of Irrational Games: Room. If games can be considered objects that utilize play, an action that abstracts in order to make sense or approach objects, then could all objects be considered games?
Room was made after Irrational Games: Game, when I was considering how to better find ways for people to consider new forms of games. Instead of trying to ask people to just think of objects as a game, I wanted to help point out the rulesets that are internalized with the objects we normally interact with. This consisted of a total 12 objects with different rules.
During the showing of Room viewers discussed, interacted, played and thought around the objects. Some objects ended up in places even I could not have expected due to players trying to play a different form of the game I intended. However, I think I accomplished something interesting by provoking new forms of play in these moments that weren't typical (hanging a hanger somewhere weird, brushing someone else's teeth). Others thought through each object and came to me excitingly understanding what concepts of games & play I was trying to communicate. 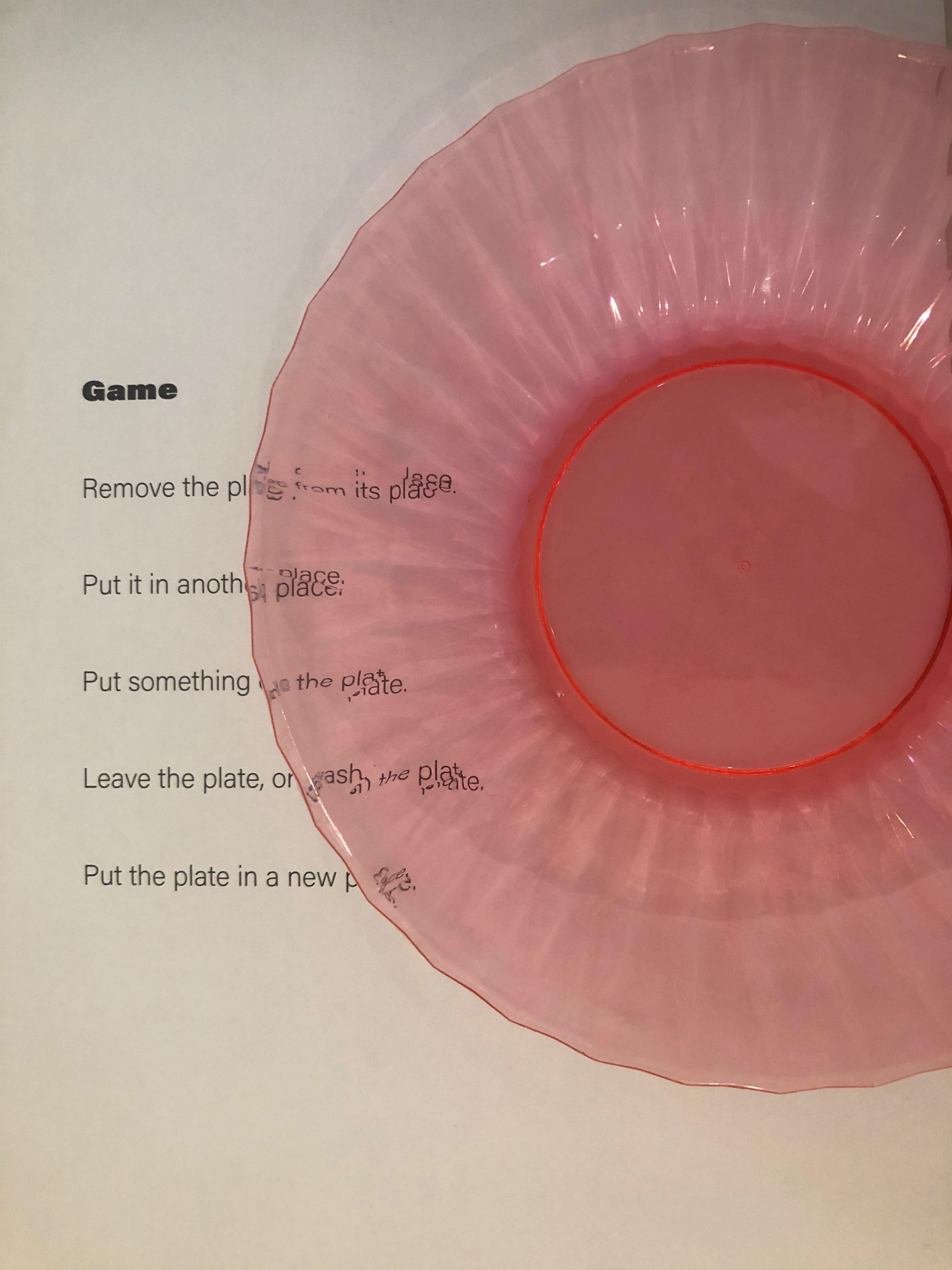 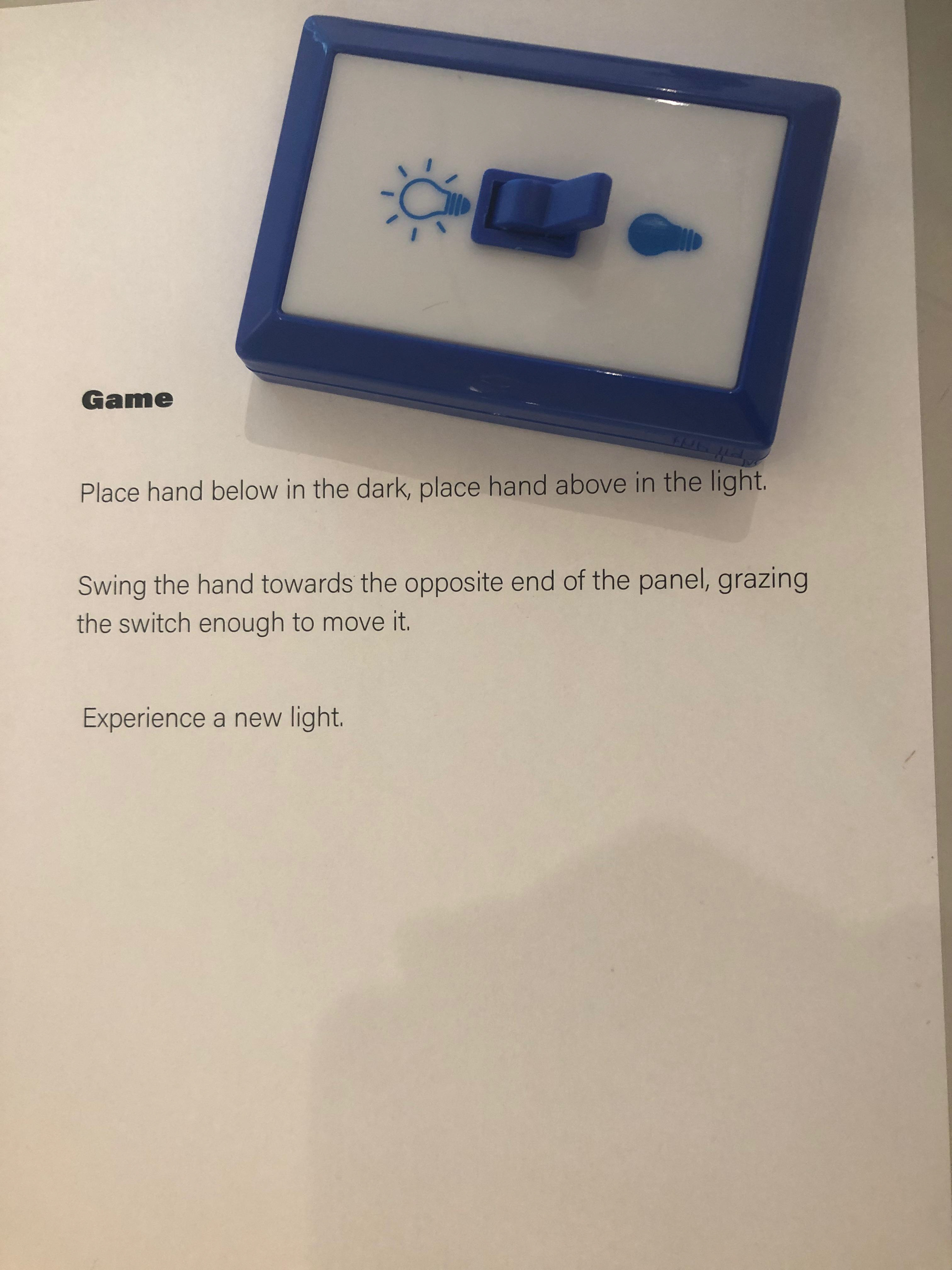 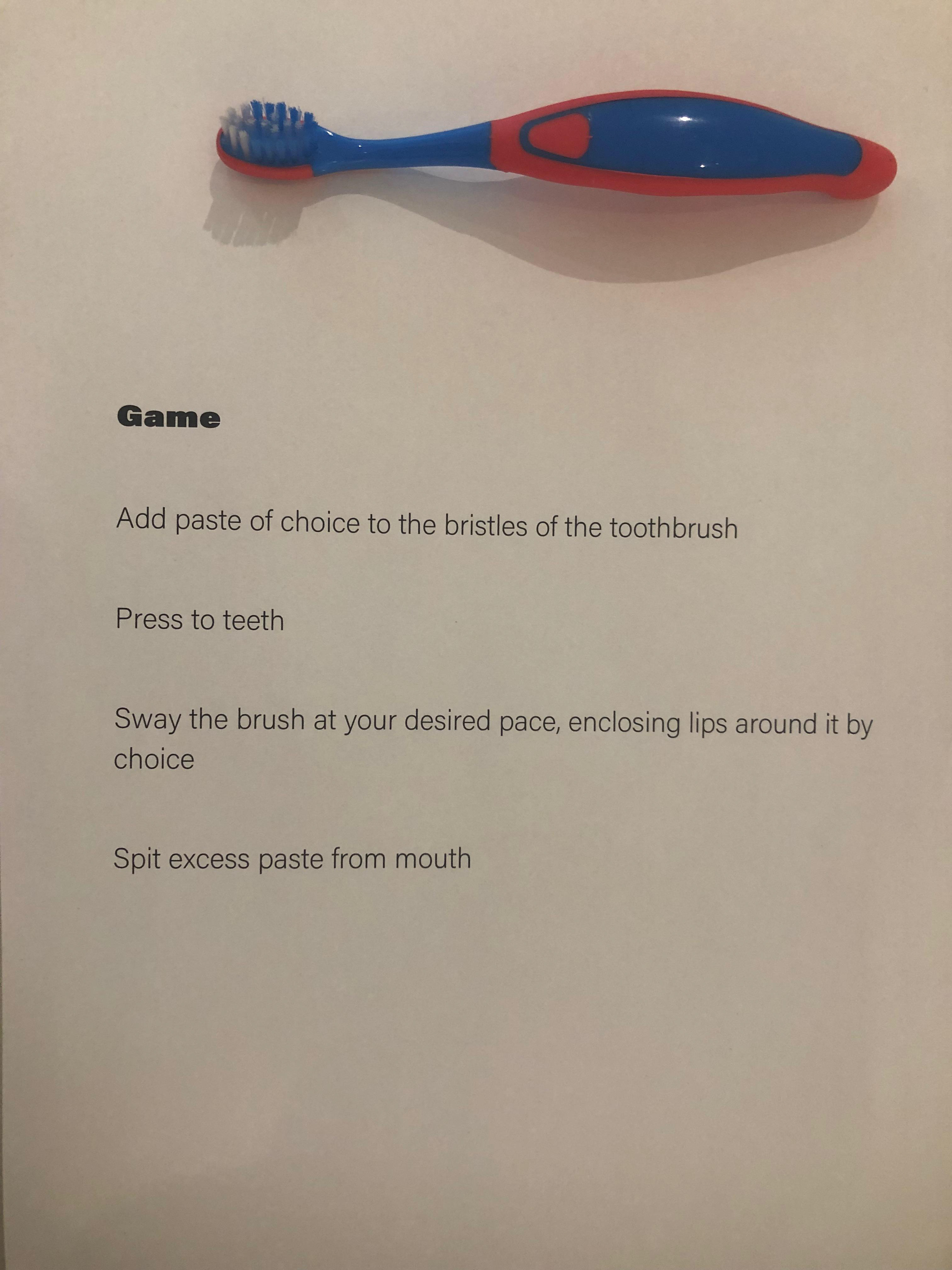 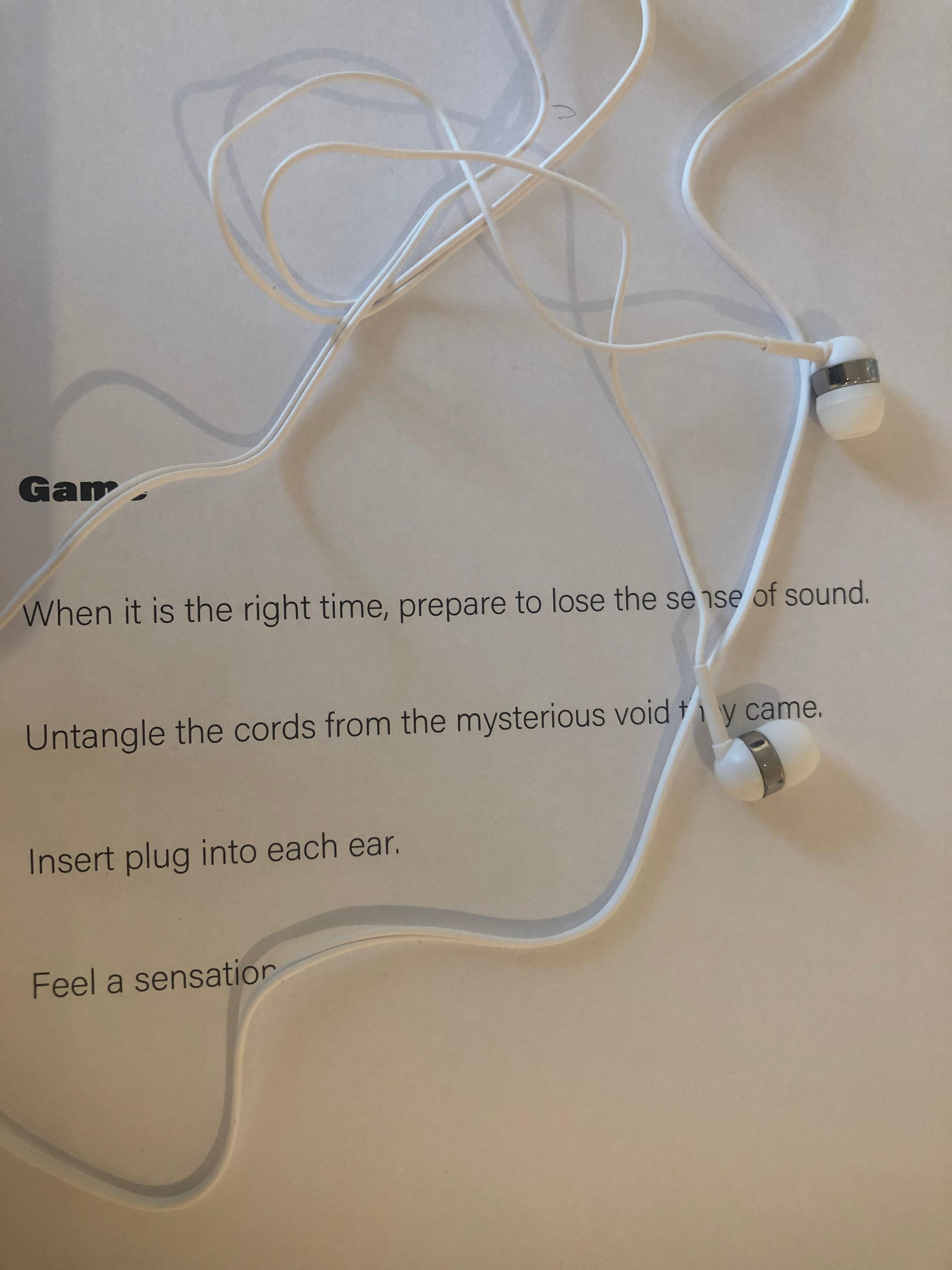 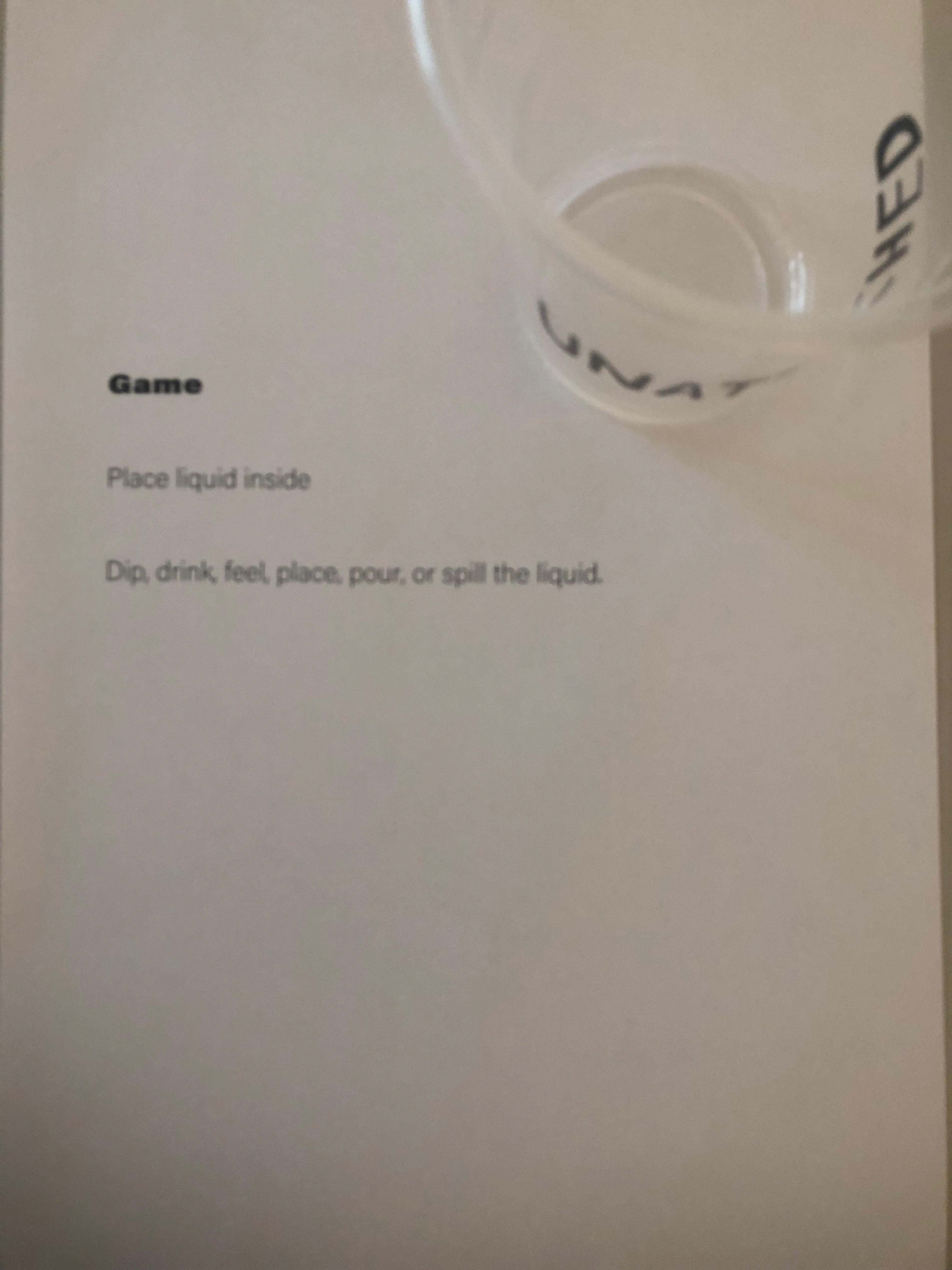 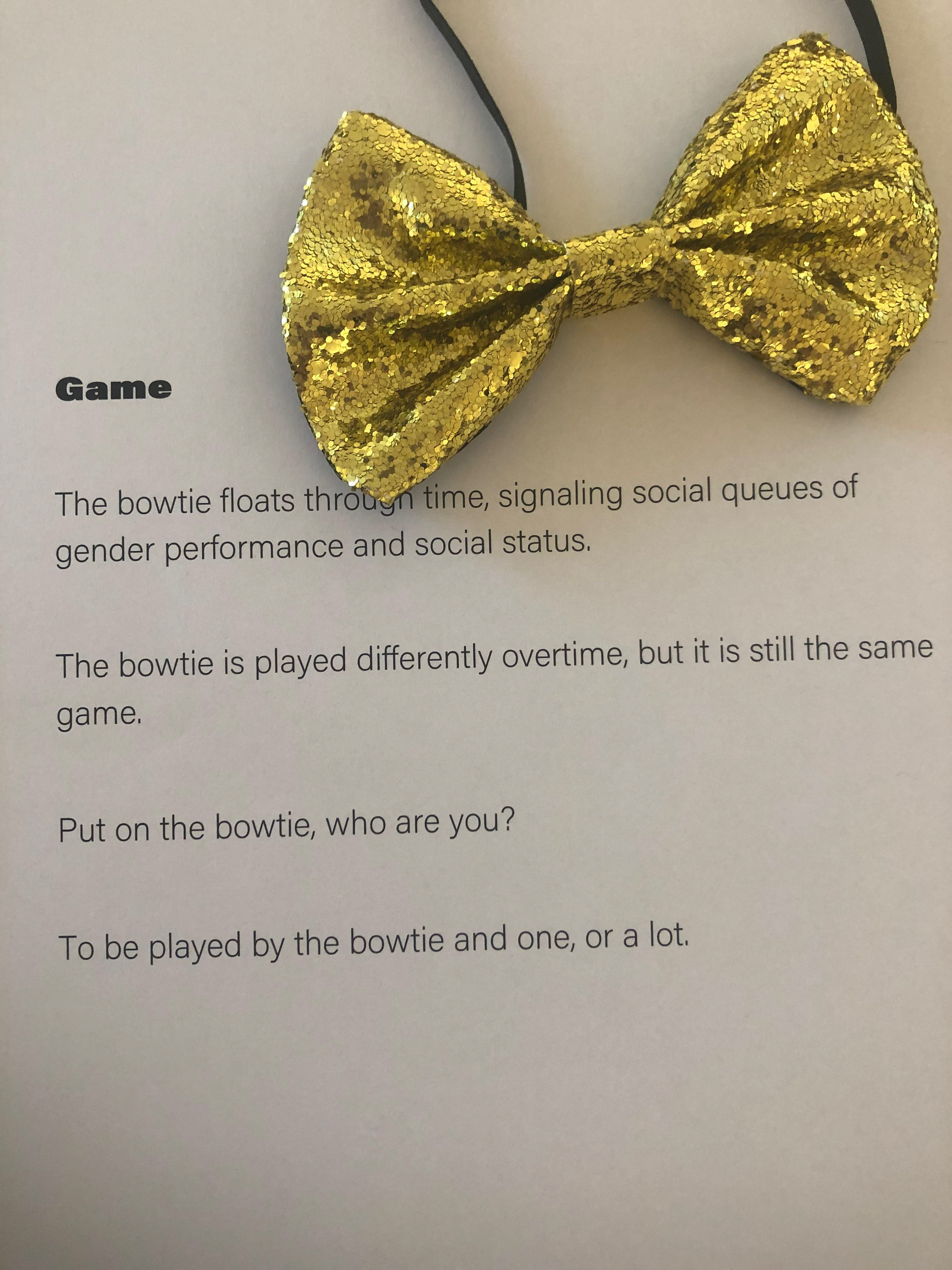 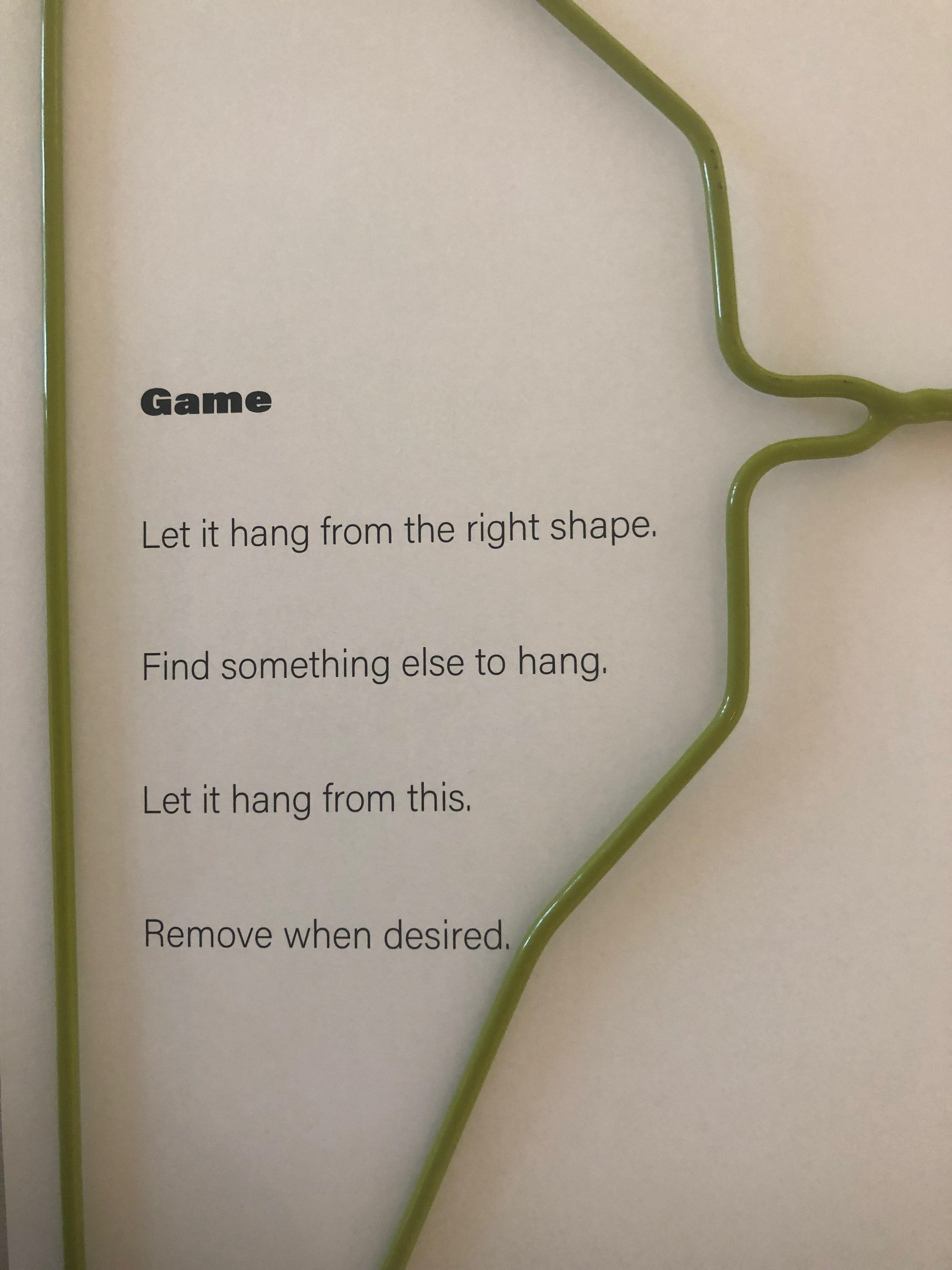 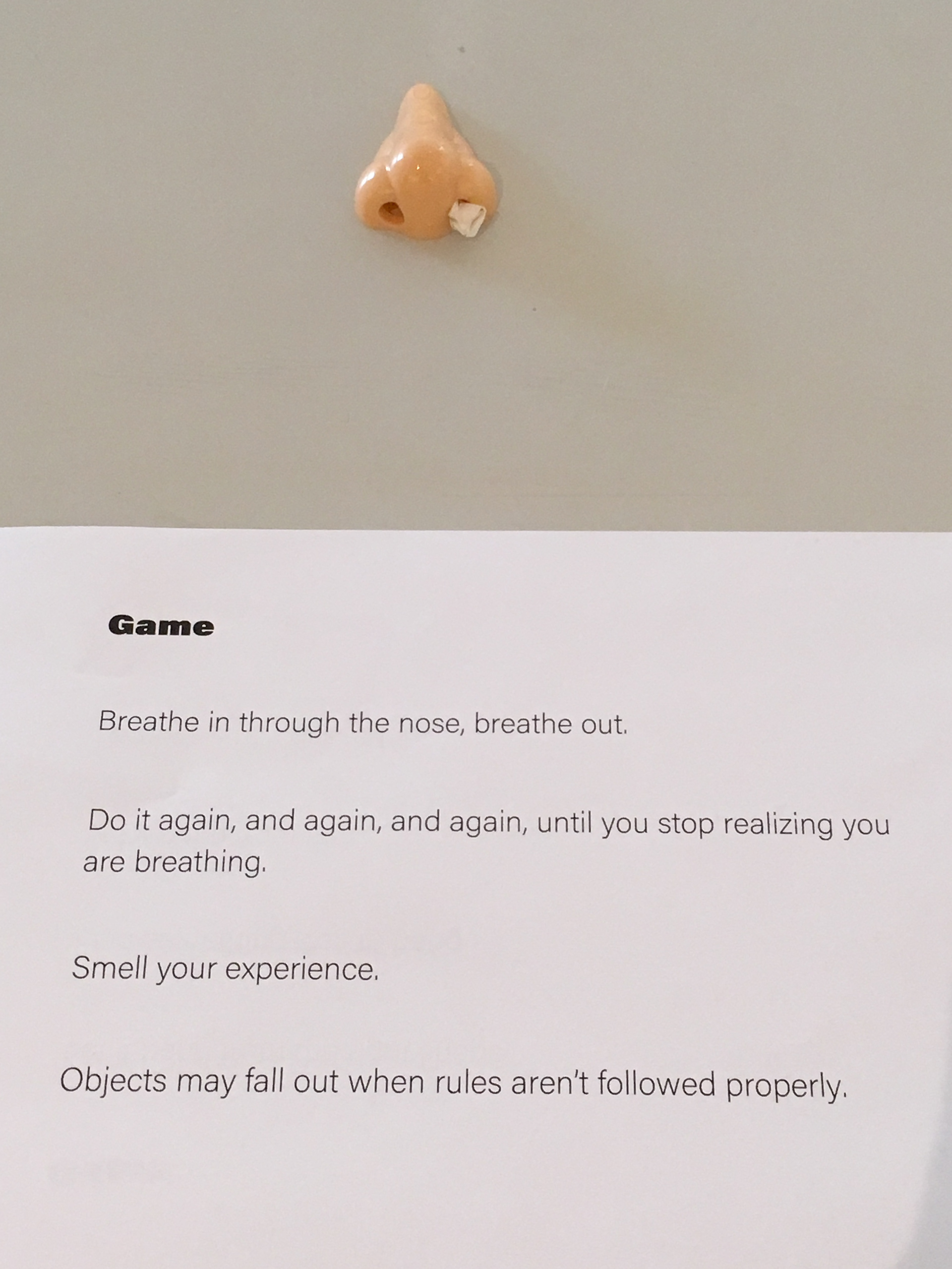 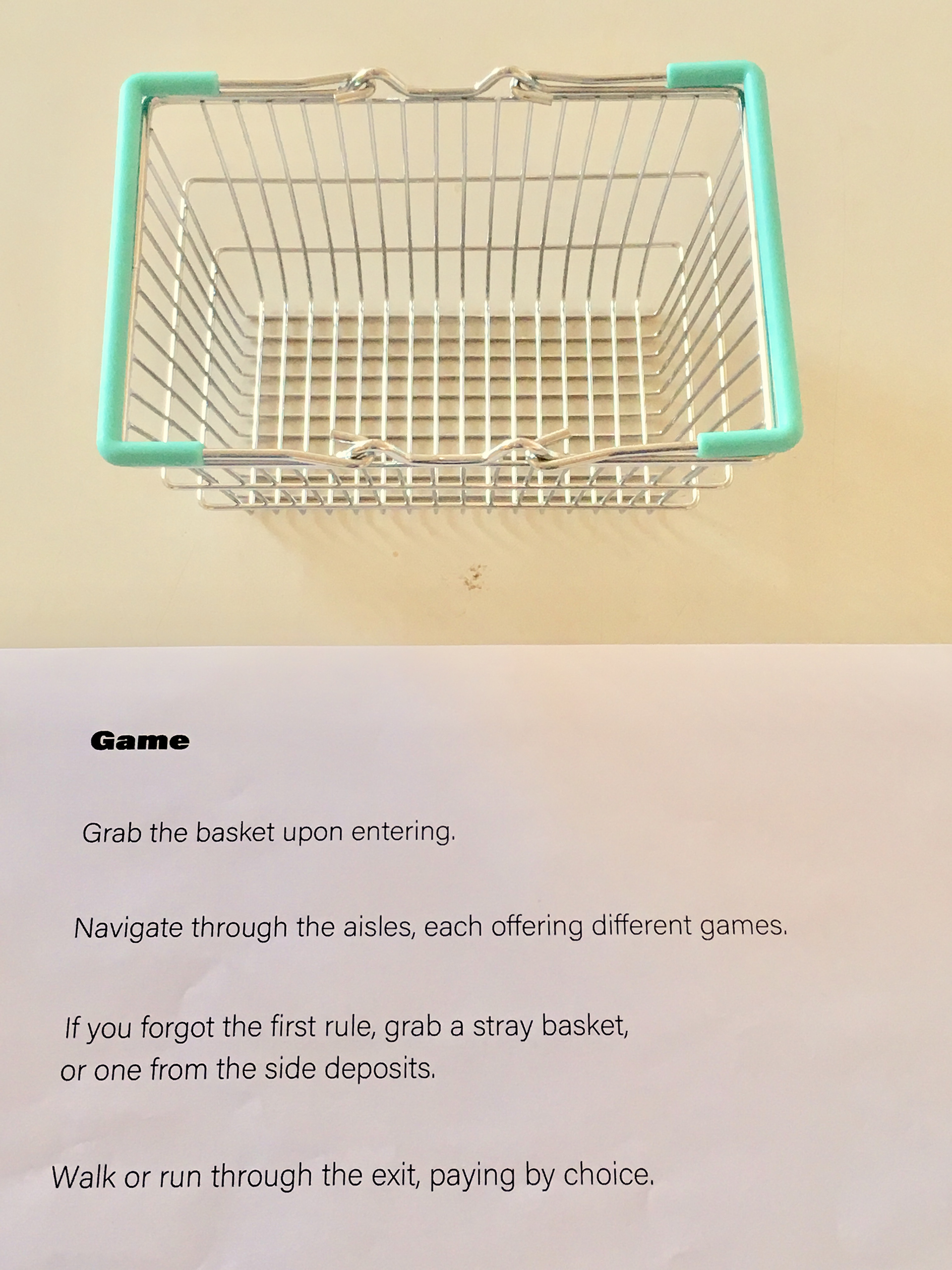