Created collaboratively with Sonia Colunga
“All the crops that used to grow in the valley have disappeared seemingly overnight. Whoever, or whatever, has done this to our fields must not realize that it isn’t just our economy or nourishment at stake. It is our culture, our foundation, our public that is jeopardized. We are being threatened under guise of nature’s law.” [1/23 Local Source]
Isolated Generation is a collaborative history-building RPG set in a speculative, small, Mexican town that has been magically sealed off from the rest of the world.
What happens to a small town's culture, livelihood, routine, social spheres when it is isolated from the rest of the world? This is what the players explore throughout playing Isolated Generation. Set in a speculative world of magic, the overseeing goddess of a small town in northern Mexico disappears after her revitalization plan had only just begun. Now the citizens are resolving the consequences of actions they had no knowledge or representation in, but different people have different ideas of resolution.
You can see the current version of the rulebook on itch.io. Note that this is still in development, and therefore may change in the future.

Development Process
worldbuilding
In the spring of 2019 me and Sonia Colunga were posed the task of speculating about a world utilizing new design techniques from Extrapolation Factory Operator's Manual and Donella Meadows' Leverage Points, and taking inspiration from speculative works like Nnedi Okorafor's Akata Witch and Donna Harraway's Cyborg Manifesto. Something that we were both particularly interested in was the aspect of fantasy in speculative world design, rather than near-future or awry technological development scenarios that have become more common in speculative design.
We started by creating a future wheel of our world in order to help us ideate and determine what we were both interested in. It started with the idea of a small town with a goddess who was trapping people from out of town by putting them under a curse. Then we specifically started brainstorming about how that would effect the town, and who would be within. This included groups of people with knowledge of Perla's plan, townspeople who were unaware, and people from out of town that were cursed.

It began to become confusing having all these characters interacting with one another, each with their own desires and stories. So, we created a visual relationship map with details that would help parse the characters and ecosystem.

It felt like we had created a total mess after finishing the character map. It was a complex case of "who did what because who did that where?".  We were a bit worried that it wouldn't communicate what we were creating very well to other people. However, after pitching our concept to outside groups, it seemed that they actually enjoyed the complexity of our map. Many people said they wanted to follow each individual character line and that the complexity of it all reminded them of a grand narrative, like Game of Thrones or Kingdom Hearts.
The more we discussed our concepts with others, it seemed that individual characters was what was gathering the most interest so we decided to design some prototypes that materialized what a single character may try to do in this world.
We focused on the character Elliot as he had some of the most involved actions after the disappearance of the goddess. Elliot was a greedy businessman who helped the goddess create the curse because he saw it as a valuable business opportunity. After she disappeared we thought of a couple options that he may take. The first prototype we made was a mayor election poster for Elliot, in the case that Richter, the original town mayor, was run out of town as a result of the cursed individuals "waking up" and being discovered.
We wondered while making this poster, what would Elliot's actions as the future mayor of this town look like, and how could we utilize the poster to flesh out his character? As a result we thought about the backhanded, two-sided nature of Elliot and wrote the poster in a way that may seem beneficial, but actually has a lot of stretched truths.

A more likely scenario that we came up with was an extension to our original idea of the world but creating federal laws that would effect the town, and that Elliot would exploit to keep the cursed people within the town. This brought the conceptualization of the CELA loophole.
We created an economic system that was inspired by the exploitative systems put into place during the economic recession of the early 2000's and looked to The Mexican Peso Crisis of 1994 as reasoning to create such a fictional system. From these real life events we created the Cooperative Economic Living Agreements, contracts that asked a person to give up all their financial valuables to live in bank-owned neighborhoods that would not charge tenants to be housed, or receive food and utilities. The catch with the CELA was that if a person wanted to exit the agreement, they would have to pay a large sum, or receive a unified agreement from everyone involved in the CELA to resolve it.
In order to keep the cursed citizens within Creel, Elliot utilizes these CELAs by having them all sign when they initially are cursed, making them unable to regain their original property or leave when they woke. In order to communicate this aspect of Elliot's actions we created a website for the CLB, a government run website that tracks all CELAs between the banks and citizens. 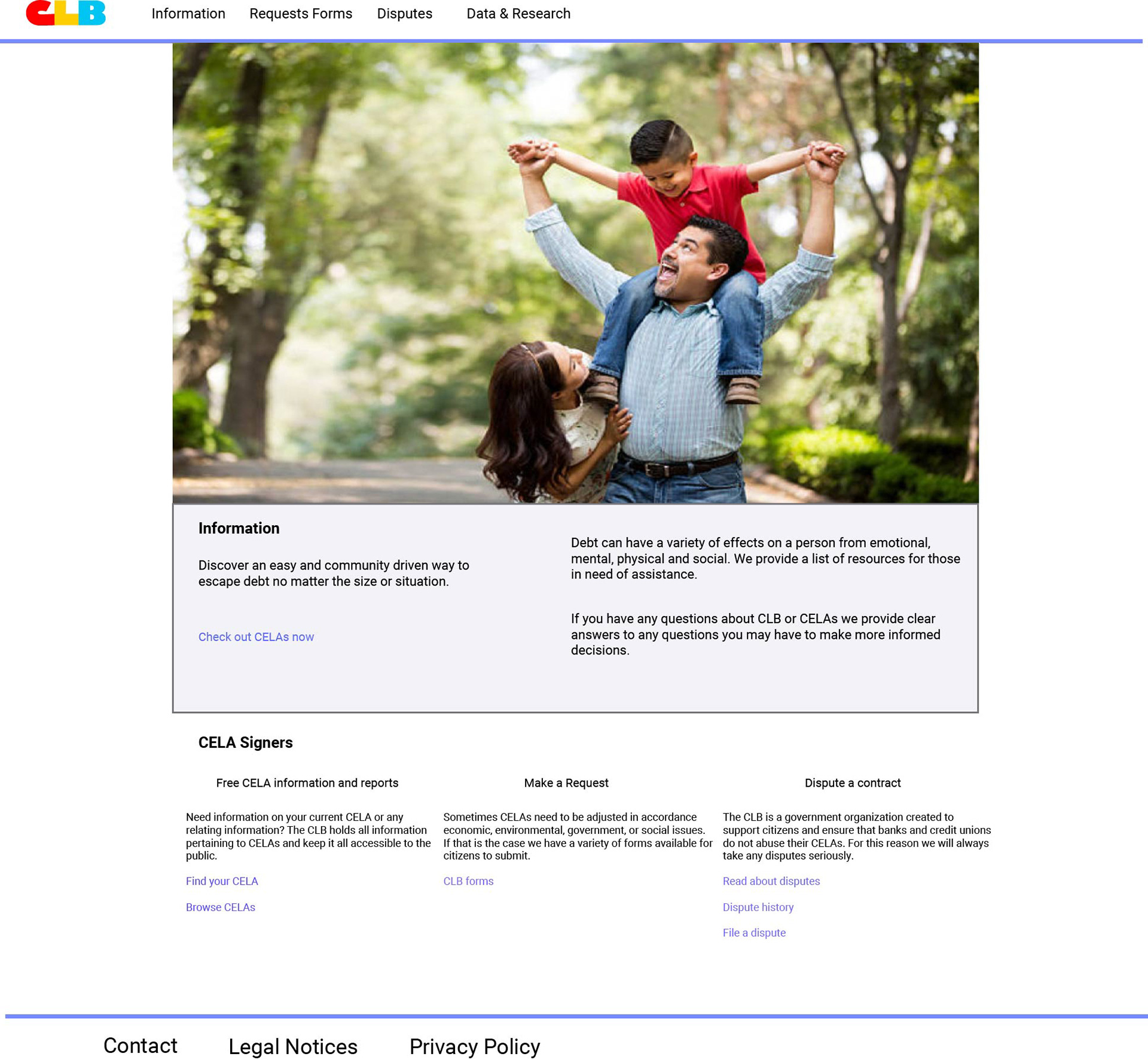 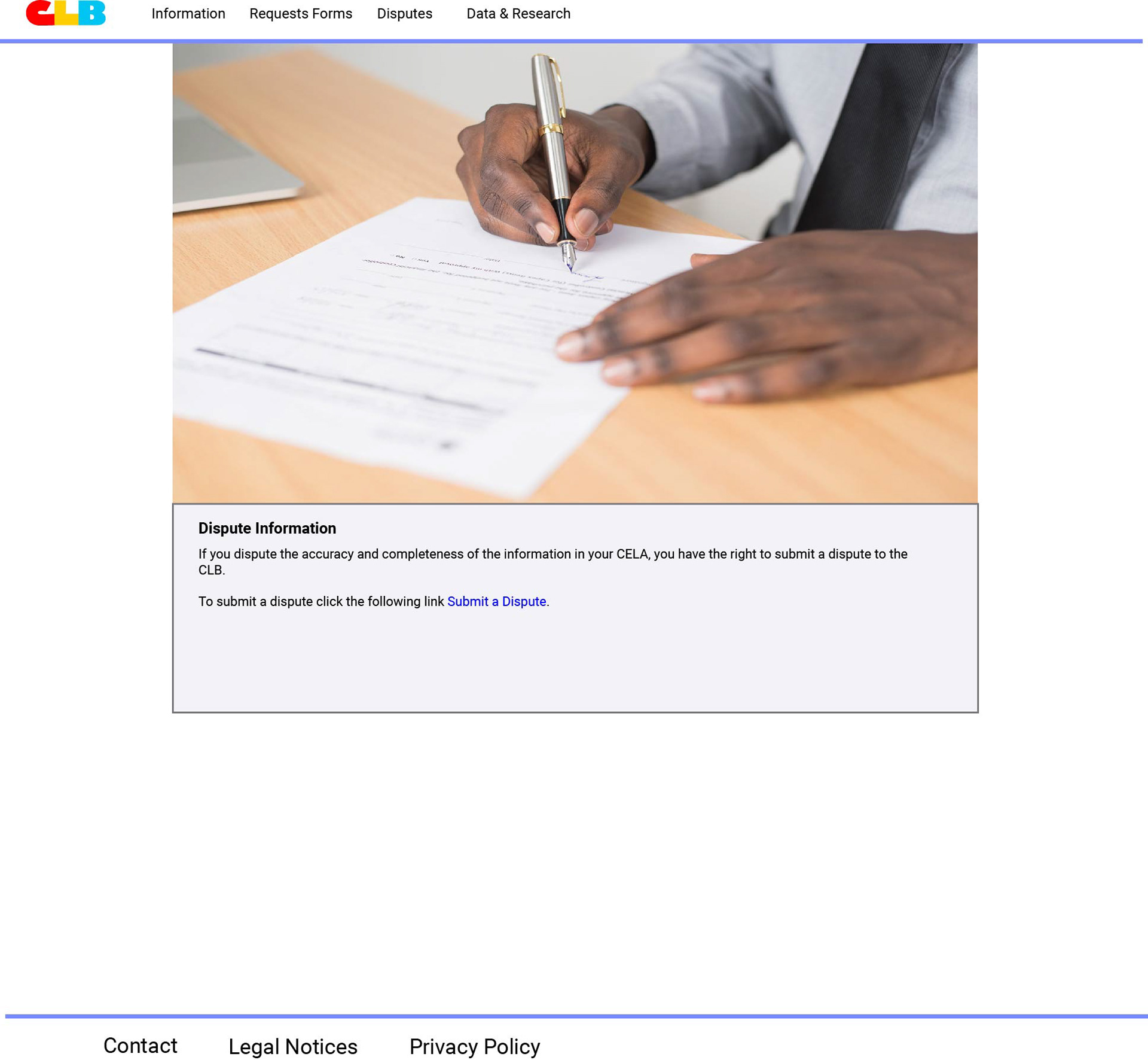 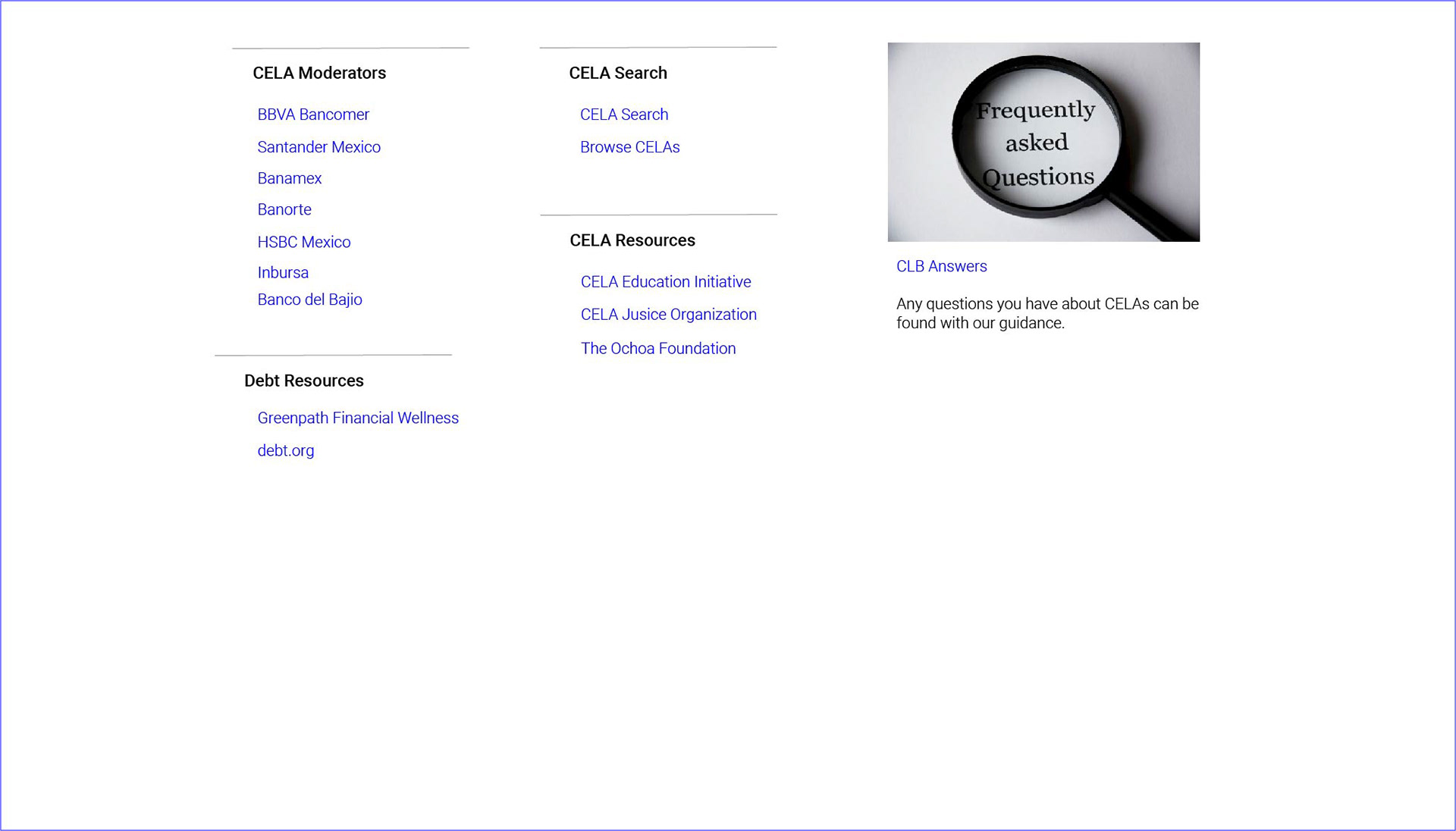